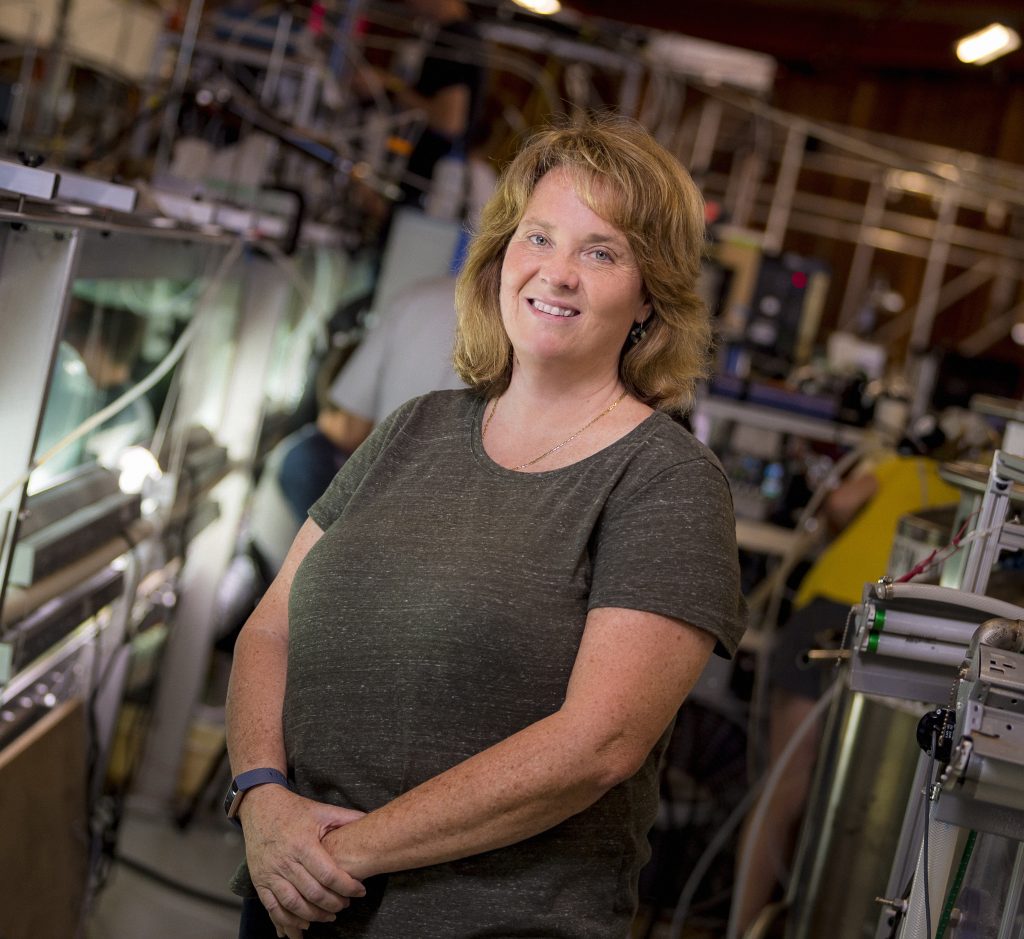 Prather is working to understand the health and environmental impacts of ocean-derived pollutants and toxins in run-off and and outfalls. Her work focuses on studying the ocean-to-atmosphere transfer and subsequent atmospheric transport and extent of human exposure. Her research specifically focuses on measurements of the concentration of particles that are small enough to be inhaled deep into our lungs and impact human health.

This represents a new area of research that can be used for alerting the public and predicting days with heavier airborne pollution and bacterial loads, especially during storm events that wash contaminants into the coastal ocean where they can become airborne. She is working collaboratively with a team of interdisciplinary scientists including in the Health Sciences to study the potential health effects of these ocean-derived natural microbes and anthropogenic pollutants under changing climate conditions.

Prather's research focuses on understanding the impact of atmospheric aerosols on clouds, human health, and climate. Early in her career, she developed a technique known as aerosol time-of-flight mass spectrometry that is widely used in atmospheric field studies around the world to determine the origin and chemistry of aerosols.  A major focus of her research involves understanding how aerosols modify cloud properties and precipitation processes.